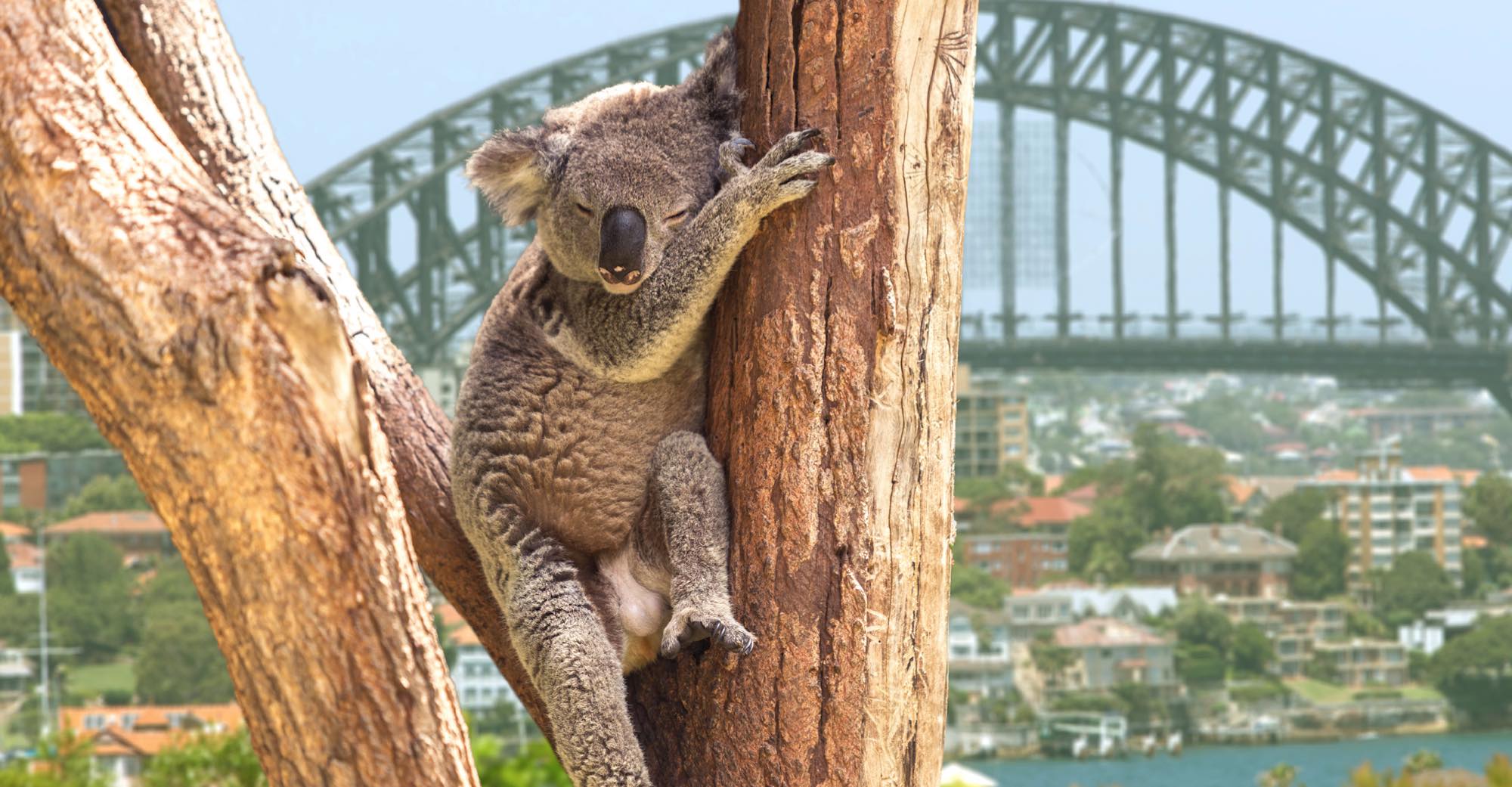 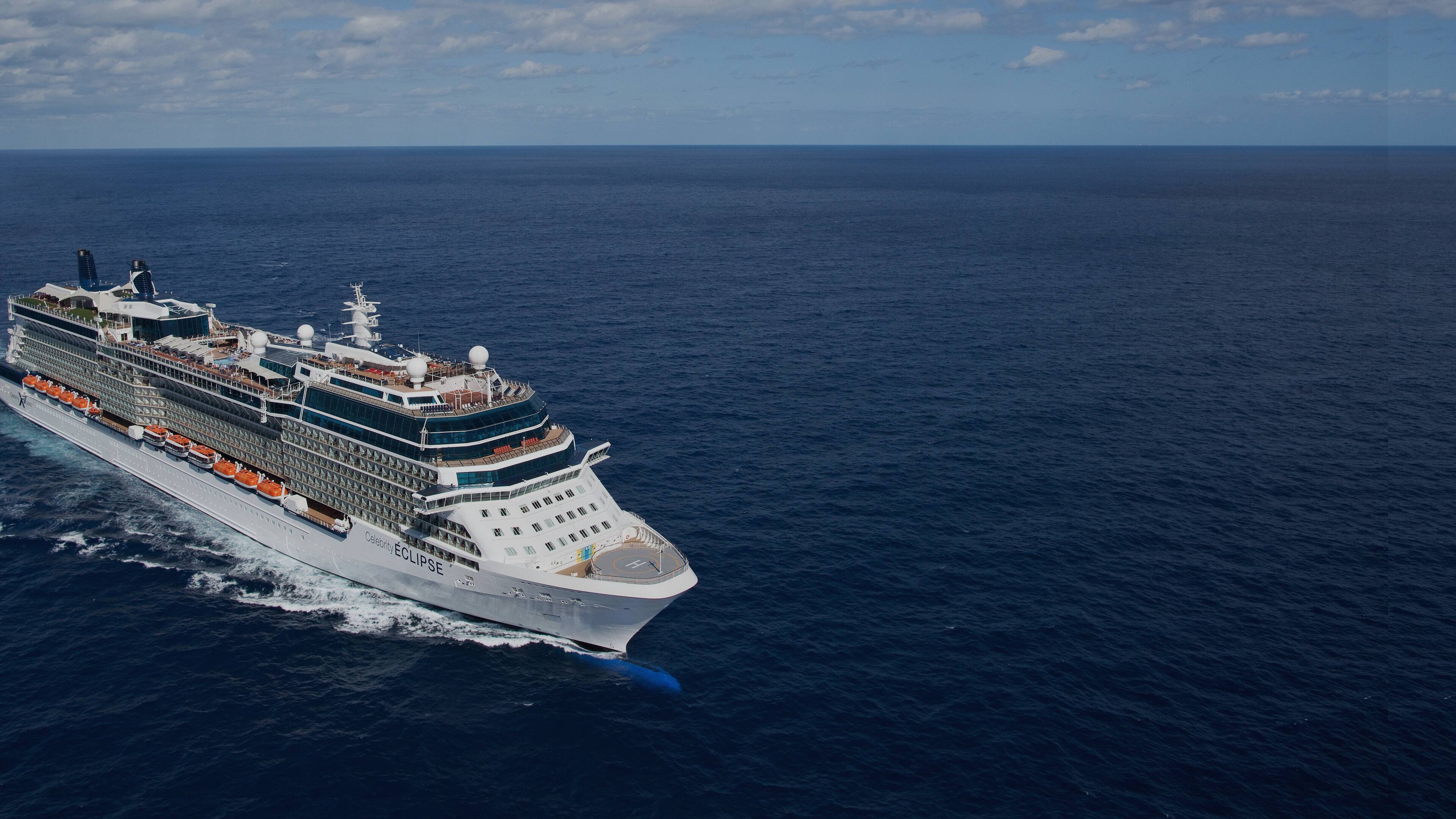 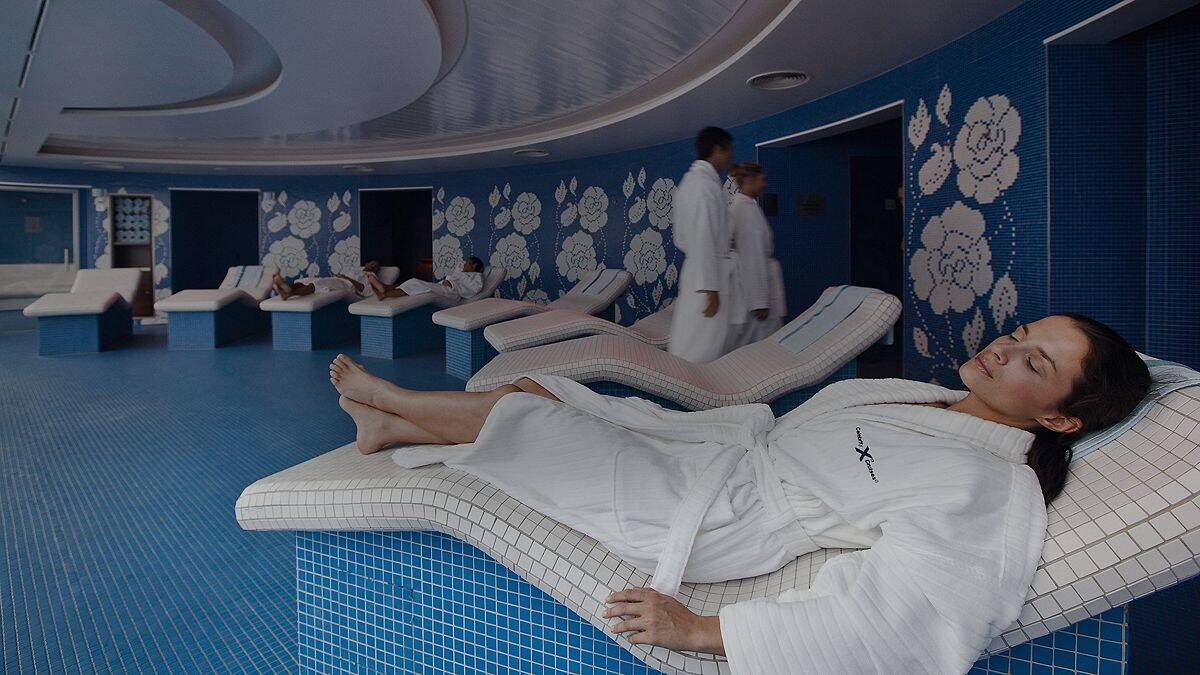 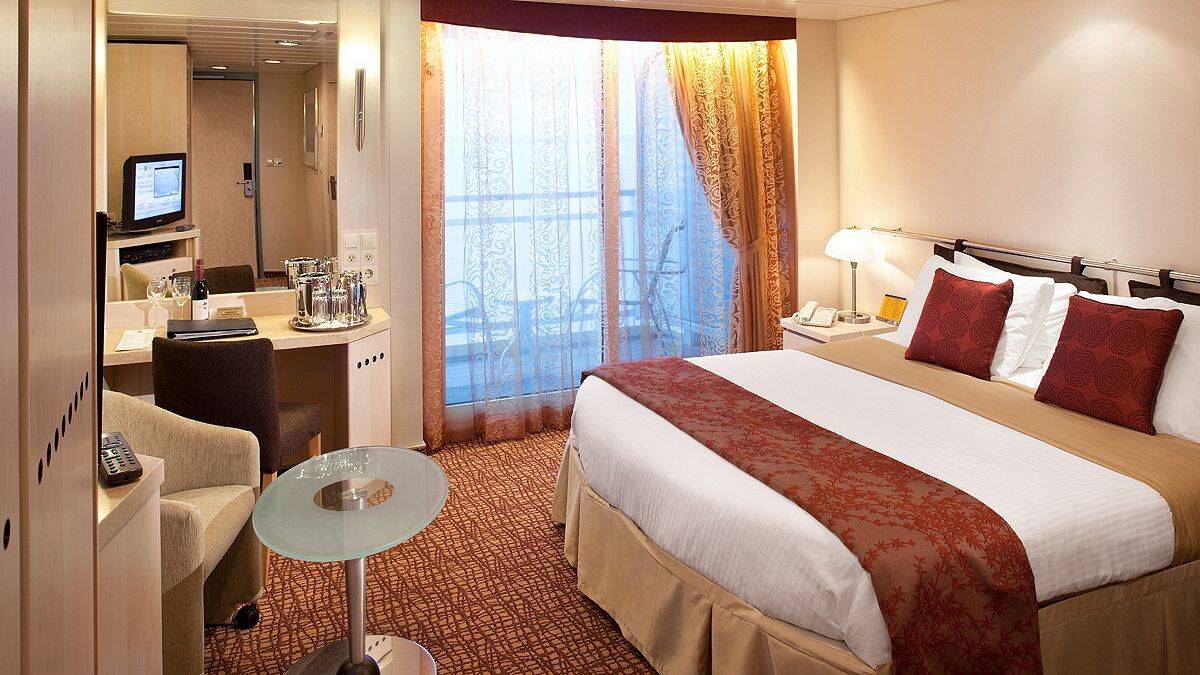 (per cabin based on double occupancy) 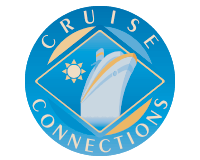 Melbourne offers modern elegance that stays true to its local Aboriginal and Australian roots. As Australia’s cultural hub, the city is home to over a dozen fascinating museums. Melbourne Museum features diverse interactive exhibits, as well as an extensive collection of indigenous and postmodern art. Explore Gold-Rush-era buildings in trendy multicultural neighborhoods where chic restaurants, stylish rooftop bars, and street art vie for attention. Unwind at the Royal Botanic Gardens and meet kangaroos, wallabies, and Tasmanian Devils at the Healesville Sanctuary. For more action, enjoy a lively football, cricket, grand-slam tennis event, or Formula One race. Just outside the city, you’ll find some of the most spectacular natural scenery. Take a dramatic coastal ride along the breathtaking Great Ocean Road. Or, visit the 12 Apostles, a land of stunning rock stacks that rise out of the ocean, each with its own story. Melbourne’s cultural diversity is also reflected brilliantly in its cuisine. Sample Chinese fare in Chinatown, enjoy Spanish tapas at bohemian Fitzroy, or sample Lebanese cuisine at Brunswick. Try fish and chips and a strong stout at a local pub.

Considered one of the most cosmopolitan cities in the Southern Hemisphere, Sydney offers so much—from beaches and wineries to stunning landmarks and world-class shopping. Tour architectural marvels like the Sydney Opera House and the Sydney Harbor Bridge, view life below the surface from Sydney Aquarium’s underwater walkways, or take it all in from above on a tour of the Sydney Tower. You’re never far from nature in this thriving urban center. Well-known surf beaches, zoos, national parks, whale watching tours, bush tours, and the Royal Botanic Gardens—featuring over 7,500 plants—offer visitors a chance to enjoy the area’s sunshine, lush greenery, wildlife, and clear blue oceans. Sydney is not only Australia’s oldest city, it is also one of the most ethnically diverse cities on the globe, offering a wealth of cuisines, unique museums, and cultural opportunities. Explore lively pubs, shops, and historic buildings at The Rocks, located on Sydney harbor.

As we sail into the narrow fjords of the Milford Sound, even your massive ship seems to shrink in comparison to the towering cliffs topped by lush mountain terrain. Situated within Fiordland National Park, this natural wonder is part of the Te Wahipounamu World Heritage Site and is protected by its natural geography, which makes it a haven for all types of wildlife.

As cold mountain water cascades from the cliffs above Doubtful Sound, it creates an unusual phenomenon-a dual-layered marine ecosystem of fresh and saltwater. This serves as a playground for a number of species, including fur seals and two types of penguins – the fiordland crested and blue penguin.

Steep cliffs that have been carved over centuries by dozens of waterfalls surround the largest and most complex of the many fjords along the New Zealand coast, Dusky Sound. It’s also a wildlife paradise, with seals and dolphins patrolling the water, and birds like broad billed prions, mottled petrels and sooty shearwaters floating on the overhead thermals.

Here in this capital of architectural heritage, you might think your Dunedin cruise had taken you to Edinburgh. The architecture, scenery, and culture—if not the accents—borrow heavily from those in Scotland.

Take a harbor cruise to spot albatrosses, cormorants, and other sea birds. You might even see penguins, dolphins, and seals. In town, stroll the spectacular Dunedin Botanic Garden, discover ancient Maori artifacts in the Otago Museum, or learn all about beer at Speight’s Brewery—touring, tasting, and shopping for beer gear.

Venture out to Otago Peninsula and visit 19th-century Larnach Castle—New Zealand’s only castle—perched on a hill overlooking the harbor. Hear stories of scandal, tragedy, and intrigue—all part of its lavish history. Top off your cruise to Dunedin with Highland dancers and bagpipers at Larnach.

At the center of town is Christchurch Cathedral, a stunning example of Gothic Revival architecture.

Wellington claims to be the coolest little capital in the world. See for yourself on your cruise to Wellington. Get an overview of its geological, biological, and cultural history at Te Papa, the national museum of New Zealand, just 10 minutes from CentrePort. The interactive exhibits pique your curiosity through innovative storytelling. Wander along Oriental Bay, the scenic waterfront that is highly walkable—and jog-able, skate-able, bike-able—and dotted with cafés, bars, and ice cream vendors. Hike up through a large central park to Mount Victoria for 360-degree photo opps of the city, airport, and harbor—including your Wellington cruise. At Wellington Zoo, a 10-minute drive south, you can play with meerkats, hand feed a giraffe, and stroke a cheetah. The zoo has 100 species of animals. Blocks west of the port, ride the iconic cable car up to beautiful Wellington Botanic Garden, with a cable car museum, observatory, and planetarium. Catch a shuttle out to the Zealandia ecosanctuary, a project to restore 556 acres of bush, where you can hike to the singing of native birds. On Miramar Peninsula, film fans off a Wellington cruise make their journey to Middle Earth—and beyond—to learn secrets of great film making. Weta Workshop is the design and effects facility behind big movies like Blade Runner 2049, Thor: Ragnarok, Power Rangers, Man of Steel, and several Hobbit properties. To taste your way through Wellington, start on Cuba Street, home to hipsters, artists, and lovers of all things vintage. Amid the city’s creative craft beer scene, the street has colorful shops and street performers, as well as bohemian bars and cafés. For food and drink, look for Husk, café by day, beer bar by night; Olive, with big breakfasts, excellent waffles, and mimosas; Laundry, when you feel like a classic burger or tacos; Floriditas, famous for eggs and scones; and Midnight Espresso, the quirky place for coffee, snacks, and people watching.

Tauranga, New Zealand: Explore this chic coastal town in the North Island and you’ll discover the land of the Māori. Tauranga’s white sand beaches offer something for everyone. Relax and sunbathe on one of New Zealand’s most beautiful and popular coasts. Take a dip in the ocean or immerse yourself in a lush waterfall swimming hole. Watch dolphins frolic in the waves or swim with these lovable creatures. Learn to sail, try surfing, take a diving lesson, or refine your fishing technique. Water activities abound in Tauranga. If you’re a landlubber, you can tee up at a golf course on your Tauranga cruise or stroll down The Strand where you can enjoy cafés and a vibrant nightlife. Journey to charming waterfalls or board one of the many eco-cruises available in the Bay of Plenty. Sometimes called the New Zealand Riviera, downtown Tauranga offers galleries, shops, history, and a vibrant café and restaurant scene. The culinary culture brings together innovative chefs working in diverse traditions. Enjoy Italian, Indian, Turkish, Thai, French, and fusion flavors. Sip a hand-crafted drink or enjoy fresh-caught seafood from the Bay of Plenty. From casual al fresco dining to sophisticated New Zealand Riviera gastronomy, Tauranga offers something to tantalize every taste.

Experience New Zealand’s most cosmopolitan city—a melting pot of British, Asian, Pacific, and Māori cultures. Your cruise from Auckland allows you to sample their diverse arts, entertainment, and traditions.

The Auckland Art Gallery has collected more than 15,000 paintings, sculptures, and prints, dating from 1376. Other attractions to visit include the Auckland War Memorial Museum, New Zealand Maritime Museum, National Museum of the Royal New Zealand Navy, and Museum of Transport and Technology.

An Auckland cruise arrives via one of two ports, either Waitematā Harbour from the Pacific Ocean to the east, or Manukau Harbour from the Tasman Sea to the west. Perched on a skinny isthmus between them is a leafy urban cityscape of beautiful parks and modern buildings, a dramatic landscape molded by volcanoes (now dormant) and the ocean.

Aucklanders love their boating—one in three households owns a boat—and they’ve hosted the America’s Cup twice. Diverse forms of cruises from Auckland include adrenaline-fueled adventures aboard supercharged speedboats that take you flying passed the impressive skyline.

***Pricing Subject to Availability and Change

All funds stated in CAD dollars. * Stateroom prices include all onboard accommodation, meals in the main restaurants, activities and events as described. **FREE Air from YYZ, YUL, YVR – Low air add-ons available from other air gateways. Package Fare is subject to change until air is ticketed. *Some airline-imposed personal charges, including but not limited to baggage, priority boarding, and special seating, may apply. Transfers are not included. **CPD Fees subject to GST/HST at the time of Final payment. Final Payment is due 150 days prior to departure.

Cruise Connections CME reserves the right to change or cancel course content, speaker or topics for cause.

* Please ensure that passport is valid for 6 months after the return date If you do not book your cruise with Cruise Connections CME, an additional $500 plus GST or HST will be added to the applicable CPD Delegate fee

25 Years In The Business